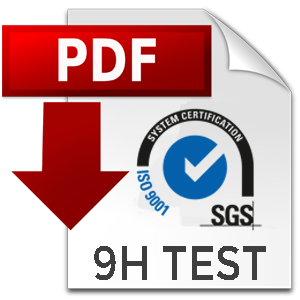 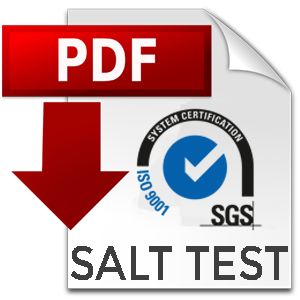 Liquid Armour has been officially tested and certified above 9H by "SGS". SGS is the world's largest and industry leading inspection, verification, testing and certification company trusted by millions. Liquid Armour once cured, is measured to have a hardness rating above 9H. Normal clear automotive clear coats have a hardness around 2H-4H.

Liquid Armour has been officially tested and has passed the 240 hour salt test  by "SGS". SGS is the world's largest and industry leading inspection, verification, testing and certification company trusted by millions. Liquid Armour once cured, can protect against corrosive agents like salt. Normal clear automotive clear coats can not hold up under such tests.

The salt spray (or salt fog) test is a standardized and popular corrosion test method, used to check corrosion resistance of materials and surface coatings. Usually, the materials to be tested are metallic (although stone, ceramics, and polymers may also be tested) and finished with a surface coating which is intended to provide a degree of corrosion protection to the underlying metal. Salt spray testing is an accelerated corrosion test that produces a corrosive attack to coated samples in order to evaluate (mostly comparatively) the suitability of the coating for use as a protective finish. The appearance of corrosion products (rust or other oxides) is evaluated after a pre-determined period of time. Test duration depends on the corrosion resistance of the coating; generally, the more corrosion resistant the coating is, the longer the period of testing before the appearance of corrosion/ rust. The salt spray test is one of the most widespread and long established corrosion tests. ASTM B117 was the first internationally recognized salt spray standard, originally published in 1939. Other important relevant standards are ISO9227, JIS Z 2371 and ASTM G85.

Create an account with us and you'll be able to:

Fill in your email below to request a new password. An email will be sent to the address below containing a link to verify your email address.